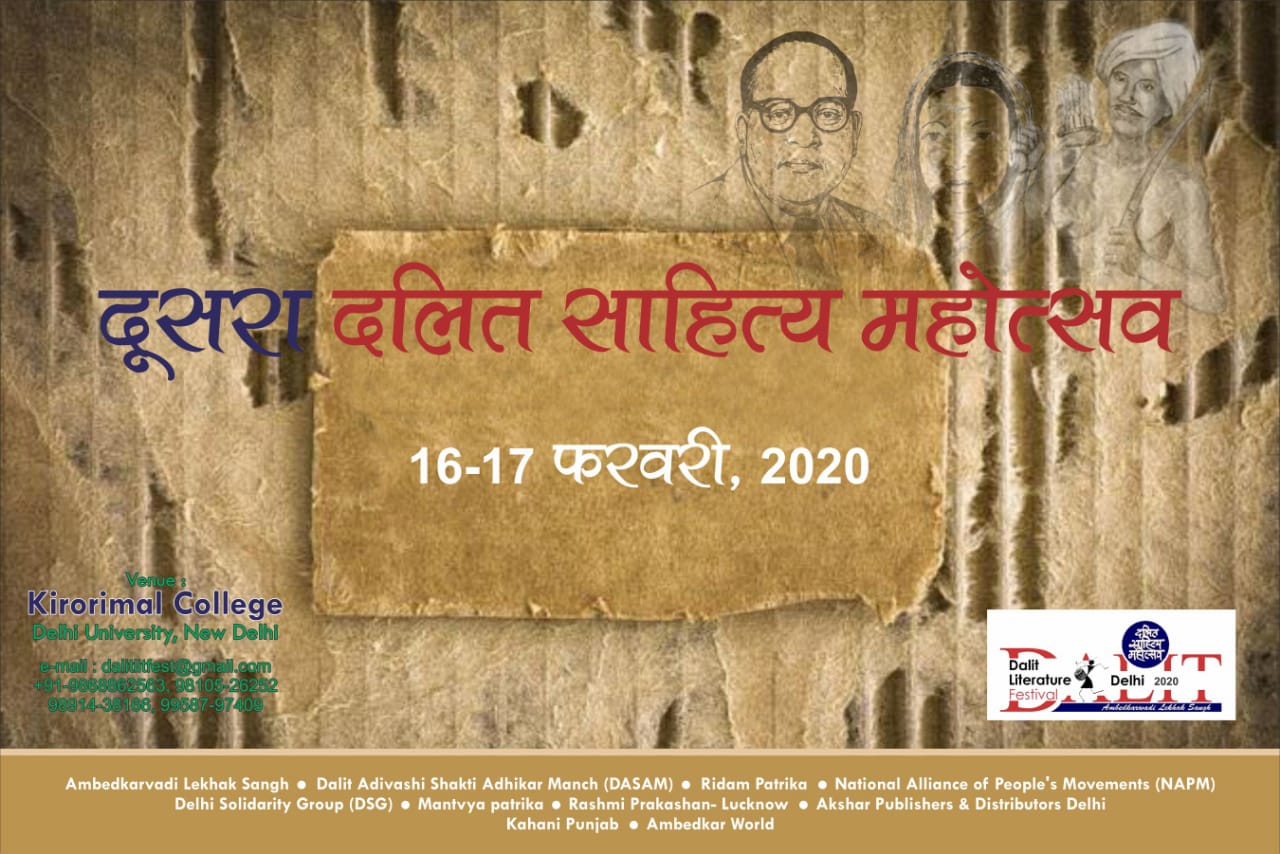 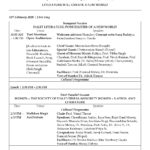 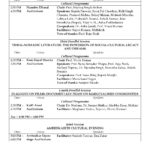 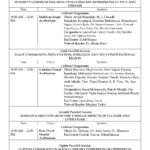 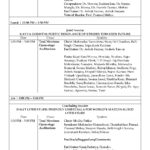 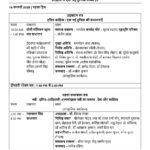 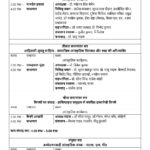 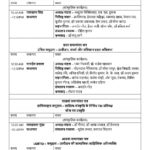 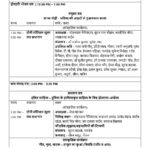 We are happy to invite you for the 2nd Dalit Literature Festival, that will be happening on 16-17 February 2020 at Kirori Mal College (KMC) Delhi University. The Theme of this edition is – ‘LITERATURE WILL CREATE A NEW WORLD'

The festival is designed on the basis of some of Babasaheb Ambedkar’s core thoughts with the help of Ambedkarite groups and positive revolutionary intellectual units. We request other groups and units, who believe in the practice of Ambedkarite thought of social justice, to help us and participate in this festival with great enthusiasm.

We are witnessing a resurgence of cultural supremacist and hegemonic forces, and many more agencies based on the market, capital and Brahminical ideology are engaging to capture the literature and culture by organising literature festivals in many other languages in various places in India. It is a well-known and established fact that literature, culture and art can be used to sensitize social units. Literature, culture and arts can make more humane and more social also. However, corporate and global market capital houses and brahminical institutes are trying to exploit literature, culture and art to further their interests. These powerful forces have captured media, socio-cultural groups and many more revolutionary organizations and agencies. Before capturing these, they had believed that literature-culture-arts were not profitable. Therefore, these zones were relatively safe without much interference. But today the reality is different, which is anti-human and anti-social. It is quite common now-a-days to see greedy and opportunistic writers and wicked cultural activists. With the help of such people, the corporate and brahminical powers have been organizing so many literature-cultural-festivals here and there in the country. In these festivals, they do not discuss the sociology of literature but set an agenda of their own.

Such a state of affairs place challenges before Ambedkarite thought process that envisages social justice and equality. It is our collective responsibility and moral duty to protect and secure our literature-culture-arts and values. We must unite and try to bring about positive change.

1st Dalit literature Festival (3-4 February 2019) was an achievement and recognised by people around the globe. The theme of that 1st edition was – ‘Sahitya Se Ek Nai Duniya Sambhav Hai’. It gave us much positive energy and now we are ready to organise the 2nd Dalit Literature Festival.

Pay Back to The Society

So, we are trying to search for creative writings and collect them, and at the same time, we would like to use this literary festival as a platform for such collective efforts. So, after instituting collectively, we established the Dalit Literature Festival.

Dalit literature Festival believes that community and society are the central points of literature. Thus, literature must consist of reflections of human life and the real expression of marginalized society. But, as we know that Indian literature was unable to connect Dalits, Adivasi, women, Denotified Tribes (DNTs), minorities, LGBT and many more marginalized communities. It was nothing but organized ignorance of ‘Brahminical Conspiracy’ as Dr Ambedkar had put it. This literature reflects only supremacist upper caste feelings, activities and ambitions. The marginalized voices and emotions are expressed in Dalit literature alone, which is being written in all Indian languages. However, Dalit literature supports all marginalized literature from around the world: Life Narratives, Buraku, Aboriginal, Black, Hispanic and Roma (Gipsy) and so on. Since, The Dalit Literature Festival too supports such efforts, which reflect the struggles and revolutions of such global marginalized voices.

We invite you all to be part of our vision and put together your efforts and time towards realising our shared dreams of just and equitable society.

Many professors, research scholars and students will be presenting their research papers during the festival and many poets will be there to share their thoughts and vision through their revolutionary poems.

The festival will also be the occasion to witness the social realities through artistic expressions by various groups.

or email us at dalitlitfest@gmail.com,